The United States declared a national energy emergency on June 6, 2022. The emergency – declared to exist with respect to the threats to the availability of sufficient electricity generation capacity to meet expected customer demand – will stay in effect for at least 24 months or until it’s declared terminated, whichever occurs first.

“A robust and reliable electric power system is not only a basic human necessity, but is also critical to national security and national defense,” the president said in the declaration.1

“Multiple factors are threatening the ability of the United States to provide sufficient electricity generation to serve expected customer demand.”

These factors include disruptions to energy markets caused by Russia’s invasion of Ukraine and extreme weather events exacerbated by climate change.

For example, in parts of the country, drought conditions coupled with heatwaves are simultaneously causing projected electricity supply shortfalls and record electricity demand.

As a result, the Federal Energy Regulatory Commission and the North American Electric Reliability Corporation have both warned of near-term electricity reliability concerns in their recent summer reliability assessments.

Solar energy is among the fastest growing sources of new electric generation in the United States.

Utilities and grid operators are increasingly relying on new solar installations to ensure that there are sufficient resources on the grid to maintain reliable service. Additions of solar capacity and batteries were expected to account for over half of new electric sector capacity in 2022 and 2023.

The unavailability of solar cells and modules jeopardizes those planned additions, which in turn threatens the availability of sufficient electricity generation capacity to serve expected customer demand.

In recent years, the vast majority of solar modules installed in the United States were imported, with those from Southeast Asia making up approximately three-quarters of imported modules in 2020.

This acute shortage of solar modules and module components has abruptly put at risk near-term solar capacity additions that could otherwise have the potential to help ensure the sufficiency of electricity generation to meet customer demand.

Roughly half of the domestic deployment of solar modules that had been anticipated over the next year is currently in jeopardy as a result of insufficient supply.

Across the country, solar projects are being postponed or canceled.

The Federal Government is working with the private sector to promote the expansion of domestic solar manufacturing capacity, including our capacity to manufacture modules and other inputs in the solar supply chain, but building that capacity will take time.

Immediate action is needed to ensure in the interim that the United States has access to a sufficient supply of solar modules to assist in meeting our electricity generation needs. 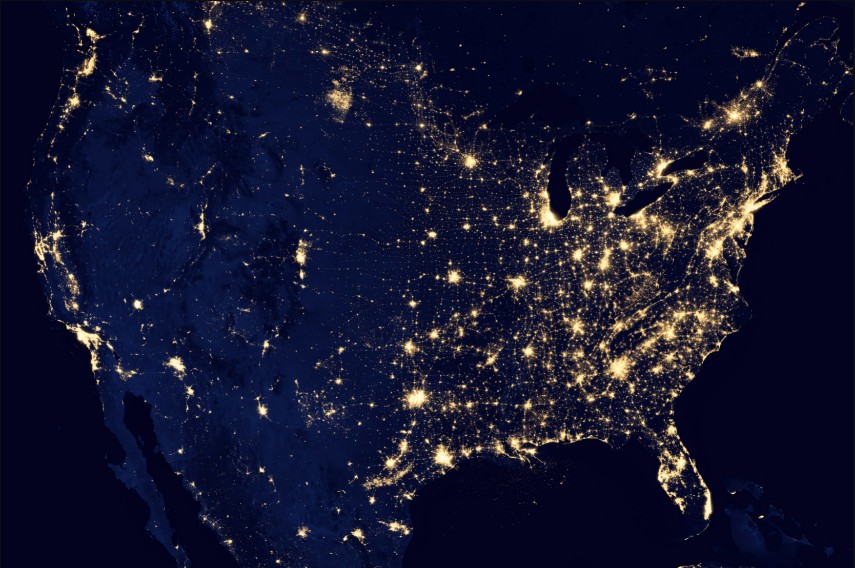 Image credit: NASA
“The President has declared an emergency with respect to the inadequate supply of solar cells and modules,” Assistant Secretary of Commerce for Enforcement and Compliance Lisa Wang said in a statement.2

“Pursuant to the President’s Proclamation, the Department of Commerce will issue regulations to temporarily permit for up to 24 months duty-free access to solar cells and modules from Cambodia, Malaysia, Thailand, and Vietnam.

“We will continue to rigorously enforce U.S. trade laws, hold our trading partners accountable, and defend U.S. industries and workers from unfair imports.”

1 Declaration of Emergency and Authorization for Temporary Extensions of Time and Duty-Free Importation of Solar Cells and Modules from Southeast Asia – The White House – June 6, 2022

The United States declared a national energy emergency on June 6, 2022. The emergency – declared to exist with respect to the threats to the availability of sufficient electricity generation capacity…

Can’t wait to see what the grid looks like when everyone is trying to fuel up their electric cars.

Yeah, an electricity emergency that can only be solved by more solar. Got it.

Exactly. Follow the money! This is just another way to fleece American taxpayers.

The only "green" in the green new deal is the green coming out of your wallet.
G

More money lining the democrat crime families for technology that will probably be filled with viruses in the firmware.
N

Only a liberal would believe this scam. The clown living in the White Dump created this mess and is declaring an emergency of his own making.

This is perfect. The Republic is officially a joke.

So in other words, the federal government is going to limit our electricity usage. Biden has already told us we're going to have a food shortage as well as higher prices on gasoline -and it came to pass.
And Biden still continues bringing in illegals to "help us use our resources."