I can't wait to get land

Occasionally we think about moving back to town. This subject is always one of my sticking points.

So after an hour of waiting, the guy finally gets there and we have the "talk". Sure enough I get accused of being the brass bandit. According to him, the bay was "picked clean" when I left. Which, I might say is bull crap. There was plenty there if I was wanting to just clean house. Apparently it is also suspicious that I would pick brass up and put it in my pockets as though I should just hold empties in my hands I suppose?

I'm going to cut the conversation short and basically summarize it as a bunch of bull. He said he'd clear the block on my account if I was still wanting to go out. Not that it did me any good --- I snuck out because I had a certain amount of tests I needed done and a certain time to do it, and I certainly didn't have that time anymore to not be rushed. Said he'd throw a day pass or something on my account next time I'm there but honestly, that gesture is hollow --- he also at two points in the conversation said that they'd be watching me extra close like. So I'm sure as heck not taking a freebie from a person who initiated the situation by literally accusing me of "taking freebies" and then apparently felt the need to tell me twice that I'd be getting watched.

I can't say I'll never go back --- there are some things that place might still be good for, but it's sure as heck never going to be on the top of my list again. Sad thing was most times I'd go out I was dragging 3-10 people with me. This was my first time going there by myself in about two years I think. Not that my lack of business will make or break anything, but I'll vote with my wallet.

You know you shouldn't have to, but you might try marking your brass so you can show that it is the only brass you are picking up if they ever hassle you about it again.

Unfortunately there's no good choices around here that are readily available. Red Castle is nice if you can get in. I'm not sure about Oil Capital but again good luck getting in. Indoor ranges suck so that leaves what...Happy Hollow and Snake Creek?

I've not been to Snake Creek but their rule list is pretty ridiculous and doesnt really promote any type of real training. That alone prevents me from even wanting to go there.
Last time I was at Happy Hollow they *****ed about "fast" shooting. I am far from fast and all my shots were clean hits...but they'll get on the intercom and tell you to slow down.

I have a post up about USSA...I used to love the place but it has tanked. I've not been there since last fall probably but last time I was there it seemed to be improving but still had a LONG way to go. Still covered in weeds, standing water and hardly any plates in the "Steel Challenge" bays. I'm not sure how you shoot steel challenge with no steel but I guess that's all in the training LOL. I got scolded for shooting my MPX which as far as I could tell follows their rules, but apparently "pistols only" means traditional pistols. When I asked about it, the guy told me that the longer barrel on large frame pistols increased velocity enough to hurt the steel (which, again, was virtually non-existent). I asked if it was OK for me to shoot my P226 and he got mad...but the P226 has a longer barrel than the MPX and the P226 is safe for the steel and the MPX isnt.
Other big bays had no target stands to use...so how do you put targets up?

O4L said:
You know you shouldn't have to, but you might try marking your brass so you can show that it is the only brass you are picking up if they ever hassle you about it again.
Click to expand...

I was actually thinking about that earlier. I need to figure out a way to quickly get a phallic symbol etched on the brass. Then leave them dingers all over the range. Heck, I'd give up policing any of my brass that day and just call mouthpiece for a fresh batch if I could figure out how to do that.

@adamsredlines I know what you mean. I liked happy hollow, and even liked the ole Range Nazi (think in the line of Seinfield Soup Nazi here) when he wasn't yelling about rapid fire or putting the targets in from the bottom. I had the same thing with my CZ --- 7.5 barrel but "not allowed" on the 25s. Heck, I bring my own targets when I go out there too because I usually get stuck with other people that want to try to jank my stands. I've said it before, I'll say it again --- if they didn't allow rapid fire, and draw fire I think they'd go down the tubes even faster. 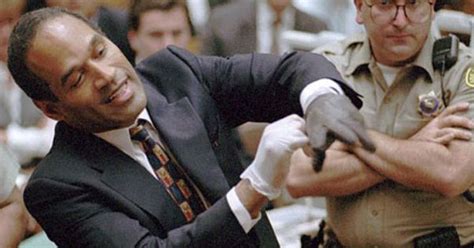 Screw em. Lets go to Oil Cap in the morning.
I've been hearing that ussa has been going down hill for about 3 years now by a bunch of the guys at work that use to go out there..

O4L said:
You know you shouldn't have to, but you might try marking your brass so you can show that it is the only brass you are picking up if they ever hassle you about it again.
Click to expand...

This. I routinely run a red sharpie across the bases of the ammo I’m going to shoot. Makes it easier to spot the brass in the grass.

And I thought the title contained the word “laid”...

Perplexed said:
This. I routinely run a red sharpie across the bases of the ammo I’m going to shoot. Makes it easier to spot the brass in the grass.

And I thought the title contained the word “laid”...
Click to expand...

I did as well.

I won the lottery!

A tribute to a friend