What almost got you?

cowadle said:
i was shot at and missed but shite at and hit. does that count?
Click to expand...

When one of my brother in laws and his brother were in.their teens the drilled a hole in a tree that a 30-06 would fit in flush with the bark. Tried shooting it with their BB guns from 20-30 yards but couldn't hot it. My BIL runs up to about 5 yards and hit it the casing comes back out at him and went right through his love handle fat above the waist line. From the old polaroid pic it looks like it tore a helluva nasty looking gash.

Sent from my LG-H700 using Tapatalk

Stabbed in forehead by babysitter.
Passenger in an old bobcat when a Cadillac pulled out on front of us and cracked my head open pretty good.
Seafood restaurant cooked in almond oil which I'm very allergic to.
Ruptured appendix
3 helicopter crashes
A terrible airborne jump screwed both knees and left solder
Last but not least...
Heart attack

Growing up I think I accomplished ever type of motorcycle wreck you can imagine. \

Knocked myself out with a hammer trying to fix the tractor. Woke up and walked home but was picked up by neighbor almost giving her a heart attack because I was covered in blood from my scalp wound.

Hit by lightning ... twice. Same circumstances, same exact place a year apart. I was trying to get the field I was working finished before the thunderstorm hit. It caught me and it was raining hard. I had a cab and listening to my FM KWHP in Edmond with headphones on and was grounded with a big plow. I heard this low to high pitched whine and WHAM! It hit so hard the rubber on the tires melted onto the wheels. It killed the diesel tractor. A year later, same field trying to finish, different thunderstorm, this time I heard the whine and tripped the plow out and it hit. I wasn't grounded and it didn't do any damage.

Shot at in college by mistake. Shot at and hit while hunting quail. Shot at on the job while driving. I never found out where it was coming from. Walked past a guy that was ready to pipe wrench me one night and din't see him. He said he was about 5 ft away and If I got any closer he was going to whack me.

Wrestled gun away from a guy that really wanted to shoot my partner. Partner had a death grip on the revolver's cylinder. I'm really surprised there weren't grip marks in the metal.

Multiple multiple wrecks, none approaching fatality level but could have real easily.

Fell off of a ladder from three stories up. Nothing broken but I had to go back up and retrieve my heart.

Fell off a ladder from 10 ft onto concrete. Broke the whole right side of my body. R leg, R shoulder, Right hand, and two toes. Leg had twisted up in the ladder and was kissing my butt when I stopped rolling. That one took me 3 years to rehab and get back to work.
My hand was so swollen it took a year of therapy just to get it working again. I still drop stuff because I can't grip it very well. 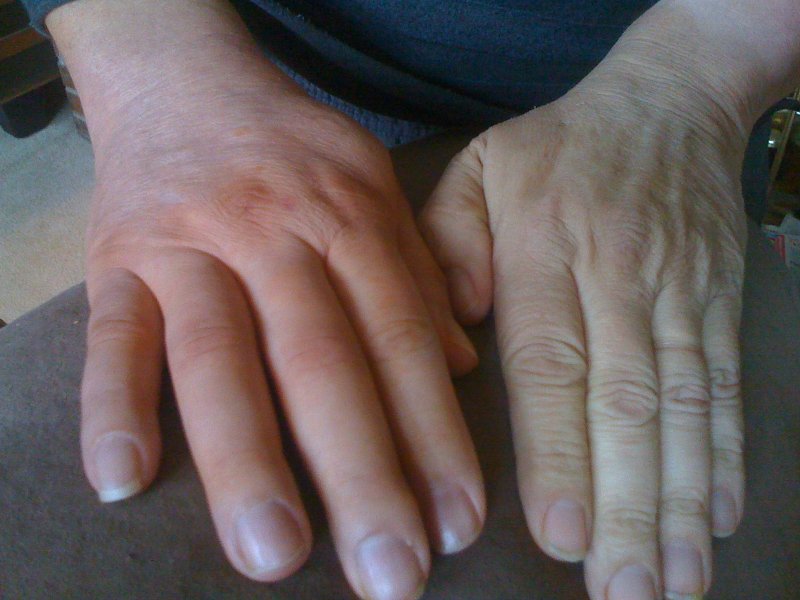 During rehab I had a heart attack and a quad bypass.

I have been taking fewer risks and being real careful after that last one.

Too many to list here. Infantry Officer in USMC for 21+ years. Lots of bad intentions thrown my way during that time. Thank the Good Lord for my training, and the Marines around and with me. I always told the Marines in my units that we weren't training to die for our country; we were training so that the the other poor bastage country could die for his (country), (cause), (religion) (tribe) etc.

Where do I begin. Brother and I got stranded on a rock below the spillway at Beaver's Bend. This was right after they built the dam or something and we didn't know what the horn was. A bystander pulled us out just in time. 1970ish, I was 9.
I was with a game warden in the early 1990's. We were blacked out looking for spotlighters but he drove off a bridge. We rolled over on the roof and went upside down in the creek 20 feet down. An 8" section of a tree came through the cab and missed my head by inches. Been shot at once. Had a branch break while I was getting out of a tree stand in 2014. Broke my leg sideways BAD*. I was by myself, crawled 60 yards to the 4 wheeler, crawled on it and rode 1/2 mile to the truck. Loaded the 4 wheeler and drove myself to the hospital 35 miles away.
*Broke ankle in several places. Tore all the ligaments. Dislocated the ankle. Broke the tibia clean in two up by the knee. To this day, everytime I look at the pictures and x-rays, I about puke.
M

Stabbed in forehead by babysitter.
Passenger in an old bobcat when a Cadillac pulled out on front of us and cracked my head open pretty good.
Seafood restaurant cooked in almond oil which I'm very allergic to.
Ruptured appendix
3 helicopter crashes
A terrible airborne jump screwed both knees and left solder
Last but not least...
Heart attack
Click to expand...

Gotta hear the stabbed in head by babysitter story


Sent from my iPad using Tapatalk


Sent from my iPad using Tapatalk
Click to expand...

I second this motion!!

Aries said:
I second this motion!!
Click to expand...

Nothing exciting really. Mother was in nursing school and hired a woman that was going through a rough time to try and help her out.

Apparently her trouble at home had her on the edge and some annoying kid just pushed her over. Thwack to the nugget, she called to tell mother, mother told her the police had better get there before she did.

Barely remember any of it but it did teach me to be very careful with my own children.

Forgot, my gall bladder tried to get me. About went into sepsis on that one. My sister tells me they still show that ultrasound at the hospital to other sonographers.

APATHY -- It is what got us to where we are today, politically and socially.
2 3 4