DavidMcMillan said:
My experience has been the same as @druryj . I have been very pleased from the beginning. You'll think you have a new TV. Colors are much more vivid for me than before. I also am a Southwest Eye Clinic alumni.
Click to expand...

Colors? On a TV? What are these colors of which you speak?

druryj said:
Colors? On a TV? What are these colors of which you speak?


Sent from my iPhone using Tapatalk
Click to expand...

Speaking of not seeing colors, I read once that 65% of all males are colorblind in one or more colors and I've personally flunked a colorblind test a time or two.....variations of red and green are what get me.

One example; I can see a red firetruck and green grass but at a stoplight the 'Go' light looks white to me not green.

This is supposed to be the red / green test circle.....I can see a bunch of different color and sizes of little circles but if there's a number or letter in it I sure can't see it. 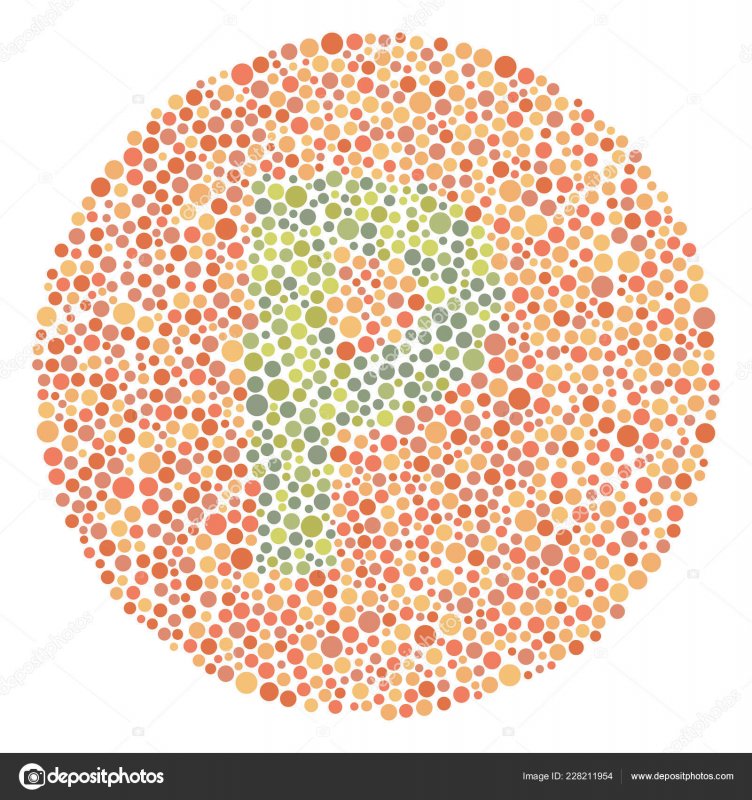 I had it done in 2011. Great results but the side effect is floaters; search Weiss ring. To eliminate the floaters, in January I'm having a vitrectomy to replace the vitreous humor in each eye, scheduled one month apart.

Chief Sapulpa said:
I had it done in 2011. Great results but the side effect is floaters; search Weiss ring. To eliminate the floaters, in January I'm having a vitrectomy to replace the vitreous humor in each eye, scheduled one month apart.
Click to expand...

Let me know how that goes. I have same issue. Left eye happened so quick while I was driving that I thought something flew into my eye and I had to pull over. Second eye was gradual over couple days. Surgery was recommended or live with it. Going to Dean McGee after first of year for another exam and getting it scheduled.

Chief Sapulpa said:
I had it done in 2011. Great results but the side effect is floaters; search Weiss ring. To eliminate the floaters, in January I'm having a vitrectomy to replace the vitreous humor in each eye, scheduled one month apart.
Click to expand...

I didn't even know that was possible! I have one floater, which I have had for so long that I don't even notice it anymore! However, if I have cataract surgery and end up with more, I'm glad to know there is a 'solution.'

@Hangfire: That picture of all the little dots sorta looks like a 3 MOA red dot to me.

Just a few weeks ago, I went to the range with a friend of mine who wanted to sight in an AK he had put a reflex sight on. This was very shortly after I found out that the cataract in my right eye had advanced rather quickly. After he got it sighted in, he wanted me to shoot it. (Only AK I have ever fired, BTW!) I asked him, 'which one of them two red dots am I supposed to use?' I picked one and took a shot. Then, I had THREE little red dots to chose from!

That's what the wife said also and to her it sticks out like a sore thumb......nothing there for me.

Funny, I had to get a drivers license overseas one time and one part of the exam was the circles like above and the gal figured out real quick that I was color blind but apparently had walked down this road before with other folks......she reached under the counter and held up three different colored pencils that were obviously bright yellow, dark green and fire truck red and I passed with flying colors.

My wife had Posterior Subcapsular Cataracts. She was very nearly blind when the surgery was done and it made a world of difference. She wore very high power lenses for glasses and contacts, in fact she was barely able to use contacts as she needed such a high power. Any worse and there was nothing available.

Anyway once surgery was done, did one eye one month then the other, she could see great. Still needed glasses for reading but compared to what she had before it was a huge improvement and most of the time didn't need anything at all to see just fine.

Saw a coyote this morning.
2 3

Got most of my workshop done