I picked this little gem up recently and am amazed at the pristine condition; it appears unfired. It's a late 70's West German PPK/S in .22LR, two-tone, a "Vercompt frame" (a hard chrome) and a blued slide. There is absolutely no evidence of any gunpowder residue or marks at all on this little jewel. Not. A. Scratch. Anywhere. The ramp, chamber and bore is surgically clean, as are the internals. No smileys on the barrel either. That feed ramp looks like it just came off the machine, as does everything else really. If this pistol was shot at all, somebody must have given it one heck of an Ultrasonic bath. But that doesn't explain the lack of any visible wear anywhere, which really leads me to believe it has never been fired.

It's a beauty; but I am taking it to Big Boys range tomorrow morning, along with a nice PPK-L, also in .22LR, and a sweet shooting, stainless PPK/S in .32ACP, and by the time I get through, there will be plenty of evidence of it being fired! I am really into these old Walthers, (as some may know)...lots of people don't like them, but they sure work well for me. I'll do my research and pin it's date of mfg. down a bit better later). Anybody wanna come to Big Boys in the morning you're welcome to shoot these. Anyway, here's some pics:

Edit:
I posted a pic of this pistol up in the "Anybody Get Anything Cool Gun-Related" thread in the Firearm's Chat Section a few days ago, when it first came in and thought at first it was a Nivel (an electroless nickel) Finish that Walther used, but the guys at Sooner State Pawn have some sort of gizmo that will analyze metals and tell you what it is. It's chrome. 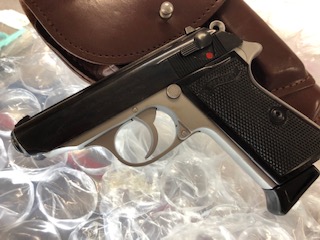 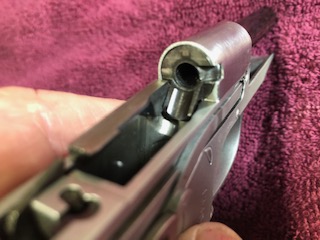 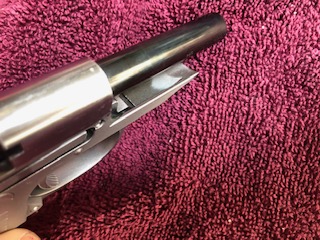 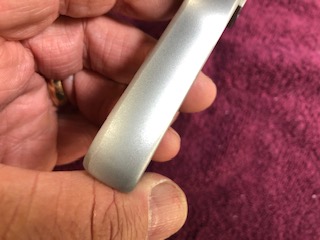 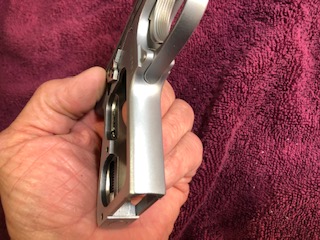 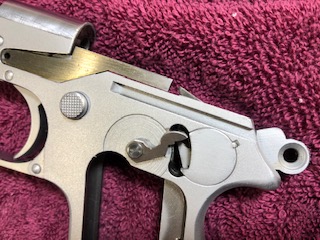 That is SWEET. And I really need to be closer to OKC.

1911master said:
That is SWEET. And I really need to be closer to OKC.
Click to expand...

Any time you're in my neck of the woods you're welcome to give it a go.

Think'n I might be at Big Boys in the morning. Got a couple of High Standards I haven't shot yet.

xseler said:
Think'n I might be at Big Boys in the morning. Got a couple of High Standards I haven't shot yet.
Click to expand...

We'll be there when they open, I always try to get an end lane.

druryj said:
We'll be there when they open, I always try to get an end lane.
Click to expand...

Do they have any 22lr ammo at Big Boys? I'd ask about 38Sp and 357Mag but that's just trying to find Unicorns. Ha

steelfingers said:
Do they have any 22lr ammo at Big Boys? I'd ask about 38Sp and 357Mag but that's just trying to find Unicorns. Ha
Click to expand...

They did when I was there last week, and prices were not too bad.