Prez Putz is the culprit and deserves what he gets.

Snattlerake said:
Prez Putz is the culprit and deserves what he gets.
Click to expand...

He isn't the one having to survive his stupidity.

Where is National Guard? Guard the Nation.

Deploy Army, Marines, Air Force. This is an INVASION, treat it as such.

retrieverman said:
I have ideas too, but they won’t be popular with people on here that get offended and report memes.

shooting these leeching invaders as soon as they touch the rio ...start attacking Mexico they allow the scum to enter their land

NationalMatch said:
Kinney County, Texas, Sheriff Brad Coe is pleading for help from his colleagues in three states as his department is overwhelmed by the surge in illegal foreign nationals who are "wreaking havoc in our communities.”.
Coe sent letters to sheriffs in all 254 counties of Texas, all 75 counties in Arkansas and all 77 counties in Oklahoma asking for help to defend his residents from the surge in illegal immigration.

The border crisis “has made all counties a border county,” he argues, and it’s “imperative that we stand ready here at the border in order to protect and serve.”

Kinney County was the first to issue a disaster declaration in Texas, on April 21, 2021. It also was the first to declare an invasion on July 5, 2022. One of the smallest, rural counties in Texas, it shares 16 miles of border with Mexico.

As mostly single young military age men enter Texas illegally through ports of entry and intentionally evade law enforcement, they commit a range of crimes, he said, including engaging in shootouts with law enforcement. DPS state troopers and sheriffs from Goliad and Galveston counties have provided assistance, but the volume of men coming through mostly from Central American countries is too much for them to apprehend, he said.

Even with the aid, law enforcement officers “are stretched to the breaking point to successfully maintain operations. We are therefore expanding our request and calling upon the people of Texas and beyond for your help,” he wrote fellow sheriffs.

Coe’s county of only two stoplights “consists of 3,129 souls” who heavily rely on ranching and hunting to sustain themselves. Coe, who’s one of the sheriffs who's most familiar with the Texas-Mexico border, is a retired Border Patrol agent. He said he knows where people are coming in and how to stop them. And he’s never seen the volume he’s seeing now, he told The Center Square.

Coe is asking other sheriffs to provide manpower, equipment and operational assistance. The county also needs help on the judicial and prosecutorial side, County Attorney Brent Smith told The Center Square. Although they’ve received some from the state, it’s not enough, Smith said. All the funding from the state’s Operation Lone Star already has been allocated, he added.

“Our homes are being broken into in the middle of the night,” Coe wrote his colleagues. “The local school district has been forced to erect military barricades around campus to protect students from smugglers evading law enforcement. Walking outside on our own property after dark is no longer safe. The residents of Kinney County no longer enjoy the comfort and safety of their own home. Words cannot adequately describe the conditions on the ground and the daily threats we have been forced to contend with.”

“Under normal circumstances, our county would not support a large or robust law enforcement presence,” he continued. “However, these are extraordinary times.”

Despite being overrun, outnumbered and stretched thin, he maintains hope, saying he’s “empowered by our constitution, our citizens, and our governor to establish working coalitions and taskforces to uphold the law and ensure the peace in our state.”

He also cites authorization from the governor to form coalitions to “combine their resources and coordinate their activities to successfully protect their own residents.”

Texas has borne the brunt of illegal activity stemming from the border as nearly 1.8 million people were apprehended or evaded capture by Border Patrol agents in fiscal 2022, according to data obtained by The Center Square.

Funding received from the state must be approved by the state and these funds have already been allocated or spent, including on prosecutorial and judicial support and hiring additional law enforcement officers, purchasing equipment and other resources, he said.

Smith, who’s office was the first to successfully prosecute criminal trespassers through Operation Lone Star, told The Center Square that his office is helping to prosecute a volume of cases that only larger counties would normally handle. With only one secretary assisting him, his office went from prosecuting 10 cases a month to 500 last February. Those numbers have only gone up, he said..

Since August 2021, Kinney County officers have made more than 5,000 arrests on misdemeanor and evading on foot charges, far exceeding the number of arrests made in all Texas border counties.

Smuggling arrests in fiscal 2022 in Kinney County totaled 3,045, according to data obtained by The Center Square from the District Attorney’s office. By comparison, they totaled 67 in fiscal 2021 and 64 in fiscal 2020.

All felony arrests and charges from January 2021 to January 2023 totaled 5,524, according to the DA’s office. And arrests would be higher if there were more law enforcement officers in the field, Smith said.

On Friday, Border Patrol agents encountered a group of single men who’d stolen an all-terrain vehicle, a rifle, several hundred rounds of ammunition and knives from a resident’s home, Smith said. That’s after others broke into another home. Thefts like this are a weekly occurrence, he said.

“There may not be bullets and guns involved every day but what we’re dealing with is a war zone.” 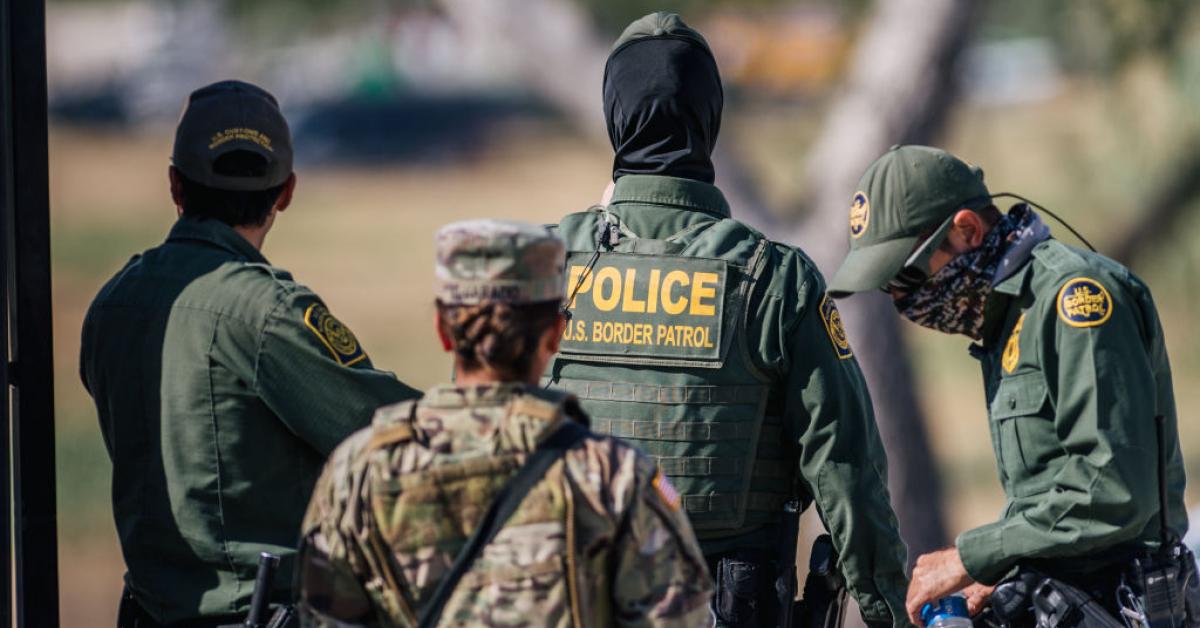 Kinney County sheriff sent letters to all 254 counties in Texas, 75 counties in Arkansas and 77 counties in Oklahoma asking for help. 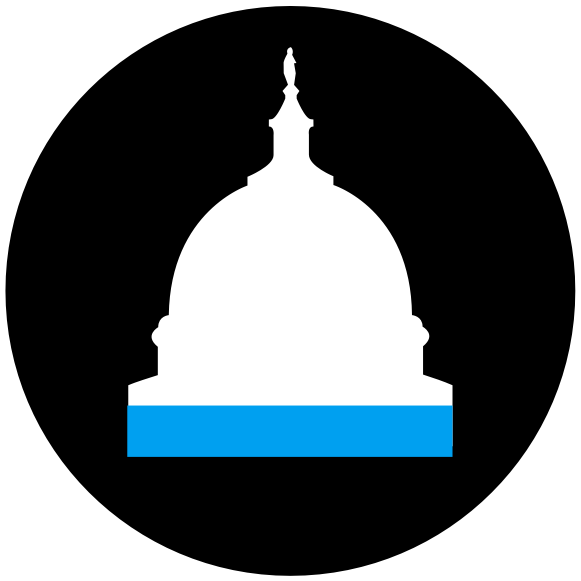 There’s another thread talking about something similar to this. I said if I was president, I would declare war on Mexico. This is unacceptable. Tens of thousands if not hundreds of thousands of Americans die every year because of illegals that come through that country. Astronomical as in millions of counts of crime is committed by these people every year, Billions of dollars are wasted through various services because of these people. Social Security and identities are stolen, auto hit and runs through the roof, Wages on Americans are suppressed by undercutting our jobs. It infuriates me to no end

Illegal immigration, it is not a victimless crime. We can all thank the Democrats for this insanity. Ronald Reagan tried to fix this and we were supposed to have a wall back in the 80s.

No reason, Just thought this was funny the way they fell in order.

Seadog said:
We can all thank the Democrats for this insanity.
Click to expand...

We can also thank the Republicrats for this, as well. Jorge Busho spit in our face and stabbed us in the back with his "cheap labor express" open borders. He gave us 8 years of O'Bummer who did more of the same.

And throughout all of this, the Repugnants did nothing. Inhofe. Lankford. Et al. They were all supporting the Uniparty Globalists. Even Stitt welcomed "refugees" from Afghanistan.

I know guys that have leases in south TX, and it’s an “adventure” just going to their deer stands in the mornings. Finding evidence of illegals sleeping in box stands is a regular occurrence. Their campers and cabins get broke into regularly.

In the late 80’s and early 90’s, my Dad, brother, and I got invited to a friend’s ranch between Cotulla and Dilley a few times, and even then, they left canned goods outside their cabin to hopefully keep the Mexicans from breaking in.

Hunting south Texas brush country was fun and has big bucks, but there’s no way I’d have a lease down there under current conditions.

It is really simple to eliminate the "Rats"
Quit feeding them!!!!!!!!!

No more FREE handouts of any kind NO medical NO food No shelter NO work and if a business is caught with an illegal FINE them like they were supposed to do decades ago.

Make them close the doors until all fines are paid.

Nothing here for you so might as well go home.