Jon3830 said:
Their whisky Lead slingers used to be distilled there so that might be why.

Sent from my SM-G981U using Tapatalk
Click to expand...

So lead slingers whisky is the same owners as black rifle coffee?

HoLeChit said:
Ive read the gossip pages, financial reports, all the good stuff.. yeah, not a huge fan of what I have read. I also don't drink BRCC, I'm not a huge fan of the flavor. I tend to stick with espresso anyways. The beauty of this country is that we can all vote for, support, and throw money at whatever we want. At the end of the day the biggest plus with this that I see is that people are going to see "big bad scary rifles" in close proximity to their daily lives. Imagine if people saw firearms displayed at every starbucks. Making firearms such a normal part of life takes away to the taboo "guns are bad" ideology, which removes the possibility of legislation restricting such rights.

EDIT: Apparently I had a lot more to say.

Look at Israel. Granted, its a different environment there, but everybody serves in the military (with a few exceptions) Everyone has firearms training, parents regularly carry AR's, Galil's, and Fal's on their person while chaperoning children's field trips, firearms are just a way of life there, and since it is normalized and accepted, it isn't looked at as a bad thing. Not from the impressions that I got while I was there. 99% of anti firearm people that I know have or could have their mindsets changed with some training, knowledge, and a general removal of the "shroud of mystery" associated with the deadliness and "lack of necessity" of firearms. Firearms are a tool, just like fishing poles, cars, or wrenches. They must be respected, learned about, and understood. Doesn't mean everyone has to want one or feel like they need to use it, but a universal education and understanding regarding firearms can and will change public perception.
Click to expand...

I don’t mind advertising my passion with the evil black rifles. 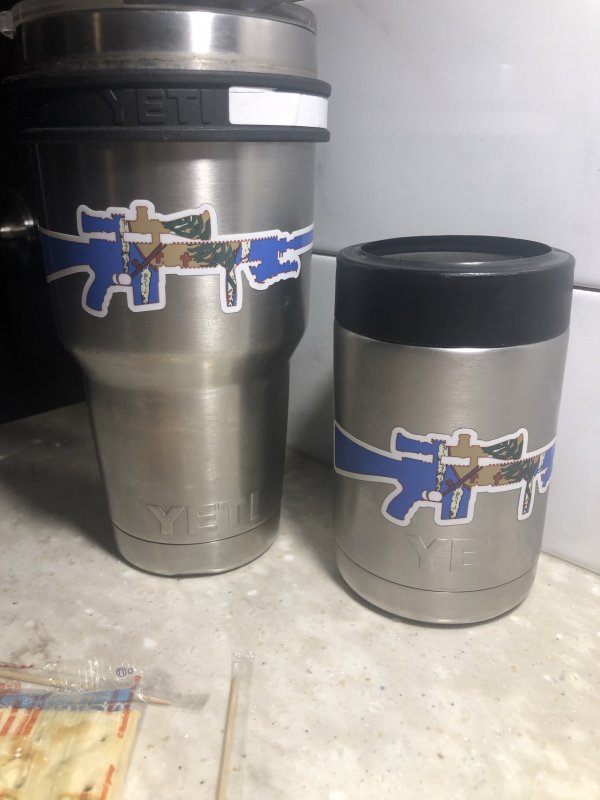 That’s the Ok flag superimposed over the rifle.
It’s opened up a lot of conversations out on the road. Make sure I keep them prominently displayed when on the table in front of me.
Only had one negative response.
As a side note, Yeti is anti 2A so I put the stickers right above their name. [emoji6]

dennishoddy said:
I don’t mind advertising my passion with the evil black rifles.

That’s the Ok flag superimposed over the rifle.
It’s opened up a lot of conversations out on the road. Make sure I keep them prominently displayed when on the table in front of me.
Only had one negative response.
As a side note, Yeti is anti 2A so I put the stickers right above their name. [emoji6]
Click to expand...

Those are pretty cool!


Oklahomabassin said:
Not a fan of coffee, but I am a fan of her.
View attachment 195905
Click to expand...

I think Lead Slingers is Mat and JT, from their Article 15 Clothing days. I'm pretty sure it was from before their link up with Evan.

Fredkrueger100 said:
That Veronica Vaughn is once piece of ace if you know what I mean!
Click to expand...

Alex Zedra is the woman in the pic I posted.
Edit: I think you are referencing a quote from an Adam Sandler movie?
Last edited: Mar 5, 2021

SoonerP226 said:
I think Lead Slingers is Mat and JT, from their Article 15 Clothing days. I'm pretty sure it was from before their link up with Evan.
Click to expand...

I haven’t researched this. Just picked it up in a comment in this thread. Thanks for the clarification. 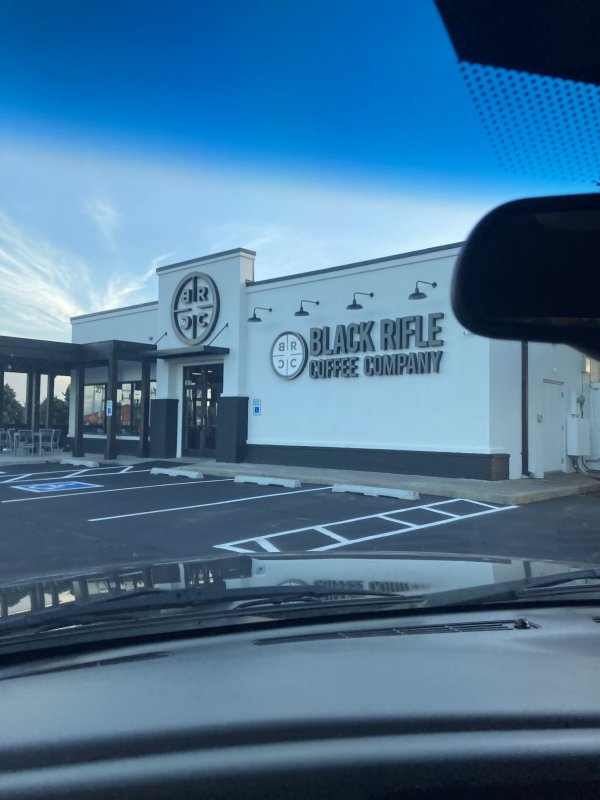 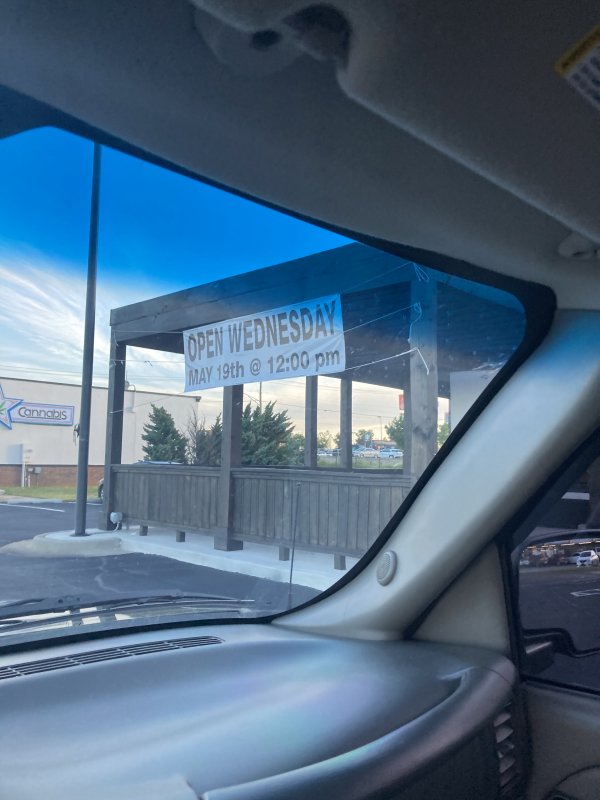 Roy14 said:
Their handling of the Rittenhouse situation, coupled with the owners donations to liberal politicians that came out shortly after, turned me off to them.
Click to expand...

rockchalk06 said:
Curious why they chose Moore? No complaints, just figured OKC might get more traffic?
I'm curious to see if property was cheaper in Moore compared to others.
Click to expand...

I have heard Todd Gibson is the franchise owner, Chief of Police in Moore. That stretch is like Memorial most days, and the new Costco is just on the other side of 19th from them.


Fredkrueger100 said:
I have researched it. Many times. Evan even tried to make the excuse that he made a bet and if he lost he would donate to the left. For starters, no true 2A supporter would ever do that. I wouldn’t even think about it. And i would be upset with the person that came up with the bet. Our 2A rights and all our constitutional rights are not jokes. That’s what they made it to be. He didn’t just donate to Tulsi Gabbard. Either way, people are free to support them. Just like I don’t have to. And the excuse of being a democrat to vote for the least destructive candidate ain’t gonna cut it. A person either supports the 2A and the constitution or they don’t. It’s that simple. Anyone that votes democrat isn’t a true supporter of either or they wouldn’t be a democrat. Same with abortion. I also want to add that when this story first came out Evan DENIED it. He said he NEVER gave money to act blue. Which is a blatant lie. I have seen documents where he did it. And the fact that they distanced themselves form Kyle Rittenhouse is another proof of what he believes. His excuse for that was weak as well. He didn’t want to associate with Kyle because he don’t support him.
Click to expand...

Based on that logic, you could say that you're either Republican or not. You agree 100% with the party or you don't, which would make you either a dem, libertarian or independent I guess? Nothing is ever black or white, whole lot of shades of grey out there.
B

Jon3830 said:
Their whisky Lead slingers used to be distilled there so that might be why.

Sent from my SM-G981U using Tapatalk
Click to expand...

Still is. Buddy of mine has done a lot of the engraving on the bottles for Leadslinger/Scissortail

Oklahoma Shooters has made me better
2

Did a little trip to Vegas recently
2 3